How Long Should Subsidized Employment Last? As Long as Necessary. 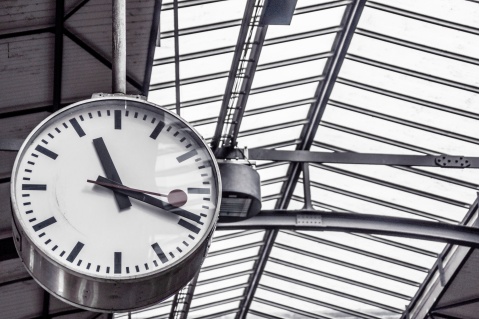 Transitional jobs and subsidized employment interventions do a great job of helping people who would not otherwise be working to earn income and gain work experience. However, these interventions have not been shown to affect long-term workforce attachment. This is likely because participants typically face structural barriers and systemic exclusion from labor markets and economic opportunity that can’t be adequately remedied by a time-limited programmatic response.

END_OF_DOCUMENT_TOKEN_TO_BE_REPLACED

For some, the recent unveiling of President Trump’s Executive Order (EO) pledging to expand apprenticeships nationwide – programs that allow workers to “earn and learn” on the job – was a welcome action in keeping with his campaign promise to get millions of Americans back to work. Unfortunately, the EO itself and this administration’s actions so far are in direct conflict with the goal of expanding these programs. They fail to dismantle the historic and current inequities that prevent access to apprenticeship programs for millions of individuals.

END_OF_DOCUMENT_TOKEN_TO_BE_REPLACED 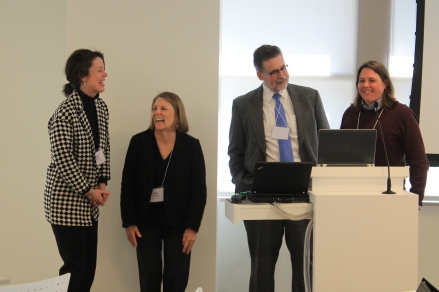 At the beginning of April, and with the generous support of the Oak Foundation and the Melville Charitable Trust, Heartland Alliance’s National Initiatives team and the U.S. Interagency Council on Homelessness (USICH) co-hosted the Working to End Homelessness (WEH) Innovation Workshop in Washington, D.C. Our event brought together 10 Connections Project Finalist Teams from communities all across the country as they built partnerships and fine-tuned innovative ideas to connect homeless jobseekers to employment and greater economic opportunity. The Connections Project is a three year, place-based, systems-level collaboration and capacity-building project that aims to increase employment and economic opportunity for homeless jobseekers. The Workshop was energizing and constructive—and here’s a look at the highlights and takeaways.

END_OF_DOCUMENT_TOKEN_TO_BE_REPLACED

In 1995, President William “Bill” Clinton proclaimed August National Child Support Awareness Month.  The goal was to raise awareness about the critical role child support plays in the lives of millions of American children.  Clinton was responding to a social problem that appeared to be on the rise.  In the mid-nineties, there was a growing percentage of single parent households in America and children in those households had a high chance of suffering from poverty. Today, almost two decades later, the child support program serves half of all poor children in the country and 17 million children in total.

While many noncustodial parents want to be involved with their children, many also live in poverty and lack the resources to financially provide for their children. Most unpaid child support is owed by these parents and for many the lack of steady income is a major barrier to fulfilling parental obligations.  At the same time, child support payments represent a significant portion of the income of families living in poverty.  Oftentimes, these payments are responsible for keeping children out of extreme poverty.

The National Initiatives on Poverty and Economic Opportunity team is focused on developing and expanding sustainable policy solutions that benefit children and increase employment and economic opportunities for low-income noncustodial parents.  To that end, this July we led a strategic policy/advocacy planning and campaign development summit with our partners at Connections to Success (CtS) in Missouri and Kansas.  Working with Connections’ leadership and program staff, we equipped them to identify and advance child support policies in Missouri that could better support low-income, noncustodial fathers’ efforts to access employment opportunities, support their children, and advance in the labor market.  Drawing from our training with CtS, in this blog we’re highlighting three child support policy innovations that would increase employment and economic opportunity for low-income parents.

END_OF_DOCUMENT_TOKEN_TO_BE_REPLACED

In the National Transitional Jobs Network’s (NTJN) recent article in the Institute for Children, Poverty & Homelessness‘ UNCENSORED magazine, we showed why employment is critical to ending family homelessness and gave homeless service providers recommendations for integrating employment strategies into their programming.  We know, however, that many homeless service providers already offer consumers quality employment services and believe that employment has an important role to play in ending homelessness—so, what’s next? Here, we shift the focus from building better programs to building systems that prioritize employment as a pathway out of homelessness and are well-equipped to serve homeless job seekers.  If you’re a service provider looking to channel your experience and expertise toward ensuring that more homeless job seekers have access to employment and economic opportunity, this blog offers four actionable strategies to jumpstart your advocacy work.  Ready?  Go!  END_OF_DOCUMENT_TOKEN_TO_BE_REPLACED

Heartland Alliance’s National Initiatives on Poverty & Economic Opportunity (NI) is dedicated to ending chronic unemployment and poverty. We believe that every person deserves the opportunity to succeed in work and support themselves and their families.